Quality and delivery of works on time is our motto

A smart meter is an electronic device connected in an electrical circuit to record electrical parameters and communicate this information to both the utility company and the consumers.

Note that, a smart meter is different from earlier versions of meters in one major way, they communicate events in real time while the obsolescent older versions rely on a service man to read it.

The information retried from non-smart meters are in most cases late and when decision are made based on such information, they address events that happened in the past. In electrical supply systems, this is a draw back since electricity is produced on demand, meaning production and consumption happens simultaneously. And once produced there is yet to be found a best way to store electricity so that it can be used in another time space. Therefore, a smart meter becomes imperative especially now when economic activities are on a raise translating into high demand for reliable electricity supply. On the other hand, climate change is influencing how much electricity can be produced with the available water resources each year.

Smart meters on the other hand communicate events as they happen. The fact that smart meters can communicate opens a lot of opportunities for both suppliers of electricity and the customers.

Before we go into these opportunities lets first look at what has happened in the electrical systems world over without going into details.

This reliance of economies on electricity has led to many countries move towards deregulation of electrical supply systems and market-driven pricing of electricity. This to allow private participation in the industry with the hope of attracting private capital to supplement electrical capacity building. Since we are now living in the realities of globalisation, it is near impossible for a county to escape these trends in the industry. For that reason there has been a general increase in the prices of electricity which is natural as the world gets more and more industrialised.

Now because of this general increase in the cost of electricity there is need to democratise the use of electricity and smart meters becomes a tool in this process. Smart meters have the ability to inform the consumer how much is being used so that they can adjust consumption to the needs and the economy and the utility company so that only what is needed is supplied. This could mean water reservoirs would be better managed over the year and load shedding would either finish or be constant and more predictable. In short the system would be better managed.

Now then what are the benefits of smart meters to consumers?

Secondly, as the cost reflective model establishes itself, soon electricity will be costing more or less during certain periods of the day and seasons given the huge variations in water levels. When that happens, the consumer will be equipped with the information about their consumption and can avoid buying electricity when it is expensive.

Thirdly, if well managed there is a potential of avoiding blackout due to faults. This is because smart meters are able to communicate these faults so that the response team can be sent even before the consumer calls. The smart meter would have already communicated the faulty.

Fourthly, there would be more fairness in how consumers’ access electricity in that illegal connections will be impossible. That means there will be more electricity to those consumers who are legally connected.

To the utility company, smart meters provide a very valuable overview of the whole system. They make planning of generation more accurate so that there is no unnecessary use of raw materials e.g. Water, coal whatever is used to produce electricity.

The response time to attend to faults is reduced because the information is received as the faults happen even before in some cases.

This increased understanding of the system helps utility companies better meet client’s energy needs while reducing the likelihood of additional infrastructure investments. That takes away unnecessary capital expenditures which leads to avoiding unnecessary energy cost increases as a way of financing capital projects.

In conclusion it is hard to see how we can face the future of our energy consumption without smart meters. As we get more comfortable with life and it is progressively becoming impossible to live without electricity, we will need to be more aware about how we buy and spend our electrical units hence the need for smart meter 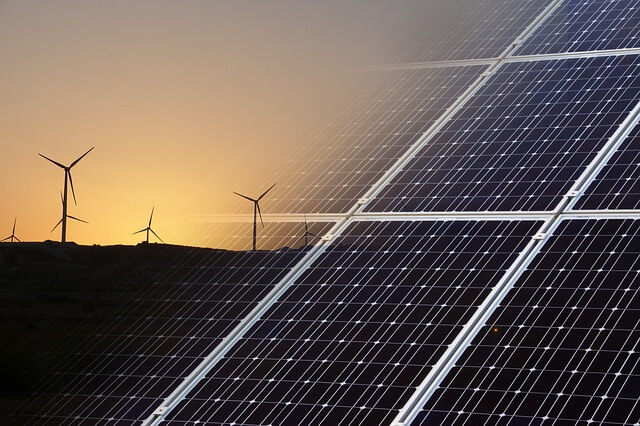 THE IMPORTANCE OF GREEN HOMES FOR SUSTAINABLE ENERGY

If you live in an older home, you are probably facing issues with energy efficiency and energy savings. The good news is that these issues do not have to be a burden to you forever. There are strategies for sustainable energy, or green energy, that can be implemented into a house that is older so it can reap the benefits of greener living.

Consider these tips if you are looking for ways to reduce your carbon footprint and save money at the same time.

Solar Panels for the Rooftop
Civil engineers have long touted the benefits of using solar panels for energy conservation; long before it became trendy. It is now proven that solar energy is the best way to reduce the need of using fossil fuels for energy.

Solar Water Heater
It may not always be necessary to install solar panels in order to enjoy the benefits of solar energy. A solar water heater can be installed in the home to reduce energy costs. The added advantage is that solar water heaters do not require as high of an initial investment as solar panels.

Wind Generator
What is the first image that comes to mind when you hear the words ‘wind generator’? Most people probably think of a large windmill farm located offshore, or in the plains across the Midwest. However, were you aware that homeowners can buy smaller sized wind generators for their homes?

POSSIBLE SOLUTIONS OF THE ENERGY CRISIS

Buy Energy Efficient products: Replace traditional bulbs with CFL’s and LED’s. They use less watts of electricity and last longer. If millions of people across the globe use LED’s and CFL’s for residential and commercial purposes, the demand for energy can go down and an energy crisis can be averted.

Energy Simulation: Energy simulation software can be used by big corporates and corporations to redesign building unit and reduce running business energy cost. Engineers, architects and designers could use this design to come with most energy efficient building and reduce carbon footprint.

Perform Energy Audit: Energy audit is a process that helps you to identify the areas where your home or office is losing energy and what steps you can take to improve energy efficiency. Energy audit when done by a professional can help you to reduce your carbon footprint, save energy and money and avoid energy crisis.

Thank you for your interest in our Company. Please contact us using the information below. For additional information on our management consulting services or our industry expertise, please visit the appropriate page on our site. To get the latest updates from Laatu Company, subscribe to a newsletter or connect with us on social media.